Drinking tea every day is common throughout the world. Tea is the beverage of choice except in America. If you’re not drinking tea, you should be, and here’s why. 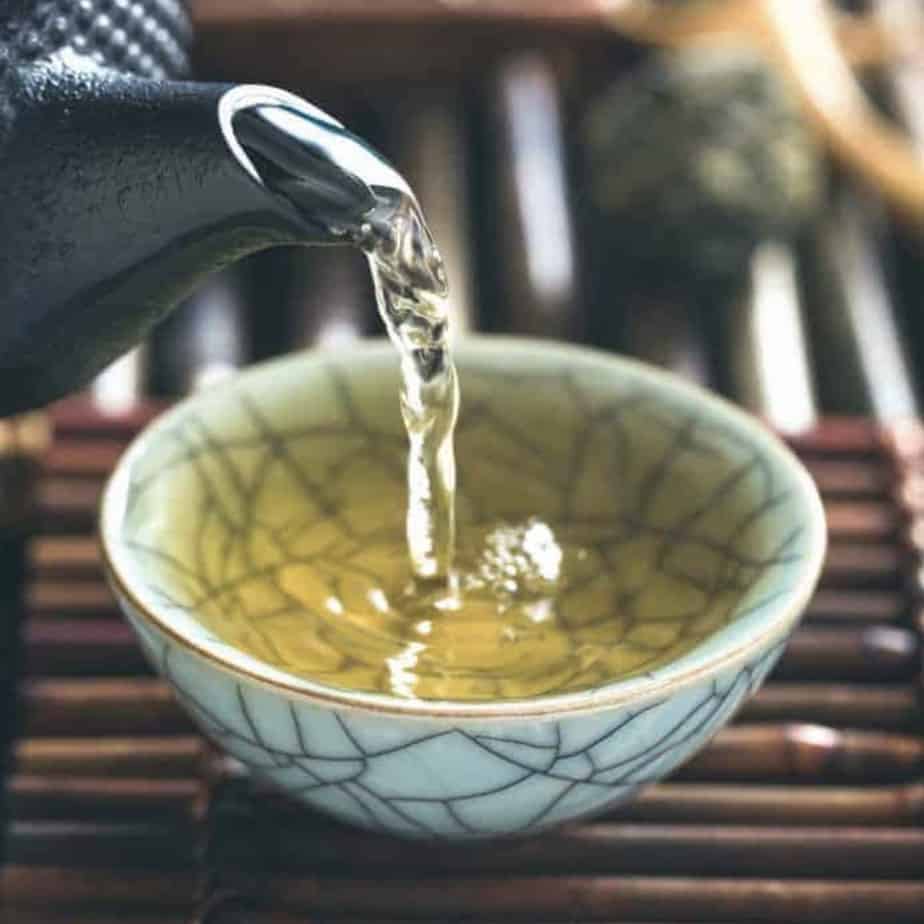 Twenty percent of our daily diet consists of the beverages we drink. Beverages play a vital role in nutrition and health. Our beverage choice matters and choosing tea for its well-known benefits is a smart choice.

The best reason to drink tea every day is that it’s so delicious. The tea varieties made from the Camellia sinensis plant - green, black, oolong, white, or Pu Erh contribute to its wide appeal. Second, you should drink tea because of its benefits to health.

Tea is a calorie-free beverage rich in antioxidants, flavonoids, and other biologically active substances beneficial to health. Up to three or four cups of tea per day are optimum.

Benefits of Tea for The Immune System

Decreasing stress and maintaining a robust, healthy immune system is more essential than ever.

Tea has been used to support healthy immunity for centuries. It’s the go-to tonic in traditional herbalism and is consumed daily in many cultures around the world and for a good reason. Tea is brimming with antioxidants, essential vitamins and minerals, and other immune-supportive plant compounds.

The polyphenol antioxidants found in tea, like epigallocatechin gallate (EGCG), are among the most well-proven immune support compounds. Of all superfoods, tea has some of the highest polyphenols, which is essential for maintaining a healthy immune system.

You’ve probably heard that stress is the enemy of a healthy immune system. With everything that’s going on today, we need all the help we can get to stay calm.

Tea contains a unique amino acid called l-theanine, which is best known for its powerful relaxing effect. It works to balance the effect of caffeine to give you calm, sustained energy.

Related: How Theanine in Tea Can Keep You Calm and Happy

Drinking tea every day is a great way to get the energy boost you need without the added anxiousness or jitters that you might get from coffee.

In September 2012, the U.S. Department of Agriculture in Washington DC held the Fifth International Scientific Symposium on Tea and Human Health. The symposium consisted of eleven presentations from world-renowned scientists who studied the effects of tea on human health.

The research suggests that tea provides health benefits to virtually every organ and system in the human body, from the heart, brain, and bones to the total body with advantages that may even promote a healthy weight.

Over the past several decades, thousands of published peer-reviewed studies have identified thousands of bioactive compounds in the Camellia sinensis plant's leaves.

Studies reveal the specific ways tea compounds elicit health benefits and show how these diverse elements in tea work synergistically to promote health when consumed as a plant-based beverage.

The benefits of tea come from phenolic compounds, some of which act as antioxidants. By definition, an antioxidant inhibits the oxidation of molecules. Oxidation is a chemical reaction that can produce free radicals. Simply stated, free radicals can cause cell damage.

The major catechins in tea, namely epicatechins (EGCg) in green tea and the theaflavins and thearubinigins in black tea, create many bioactive molecules providing health benefits at the cellular level.

Taking a tea supplement instead of drinking tea does not provide the same benefit.

Hundreds of thousands of bioactive elements are in tea leaves. Together, they work synergistically to impact virtually every cell in the human body—from the heart, bones, brain, skin, and gastrointestinal tract.

Tea Consumption in The United States

What are the Benefits of Drinking Tea?

In another recent study published in the British Journal of Ophthalmology, scientists from Brown University in Providence, RI, and the University of California in Los Angeles discovered that the risk of glaucoma was lower in people who drank hot tea every day.

The study reports the reason for this is that "tea contains phytochemicals and flavonoids [types of active chemical compounds found in plants], which have anti-inflammatory, anticarcinogenic, antioxidant, and neuroprotective properties associated with the prevention of cardiovascular disease, cancer, and diabetes."

Scientific Research Supports The Role of Tea for Health

Results of PubMed online research published within the past five years:

The Harvard School of Public Health recommends up to 28 ounces of tea per day in their Healthy Beverages Guidelines.

And, Dr. Weil recommends two to four cups of tea per day in his anti-inflammatory food pyramid. Dr. Weil also recommends one to two glasses of red wine daily. Thank you, Dr. Weil.

There are many benefits to drinking tea every day.

Do you drink tea every day?

Here you will learn to select quality teas and herbs, brew tea properly, and create recipes with tea. I take you on a journey supporting wellness through the beauty of tea.