Authentic Yogi Tea is a spiced tea. It is delicious and made with only six ingredients you probably already have at home. PLUS, it's an amazing digestive tea that boosts the immune system. Forget detox tea!

This yogi spiced tea recipe is so delicious and an easy way to get your healthy beverages. It's the perfect drink for a between-meal snack.

What is Yogi Tea?

Yogi tea is a spiced tea, a traditional tea from India made with warming spices. It's based on Ayurvedic medicine to enhance digestion, increase circulation, and boost your immune system.

Ayurveda is a system of traditional medicine native to India and part of Indian Philosophy dating back to 700 BCE. It includes the use of herbal blends in beverages and cooking with the addition of spice combinations.

With this easy and delicious traditional yogi tea recipe, you can make the real thing right in your kitchen! Yogi tea uses warming spices you probably already have.

What is Yogi Detox Tea?

Many detox teas contain ingredients that increase gastrointestinal movement. The Yogi Detox Tea contains intestinal cleansing herbs such as Dandelion and Burdock. The Dandelion in Yogi Detox Tea stimulates bile production in the liver while acting as a diuretic. Increased water and bile in the intestines soften stools, while Burdock facilitates bowel movements.

The yogi tea recipe in this post is a spiced tea recipe designed to support your immune system and does NOT contain these cleansing herbs. 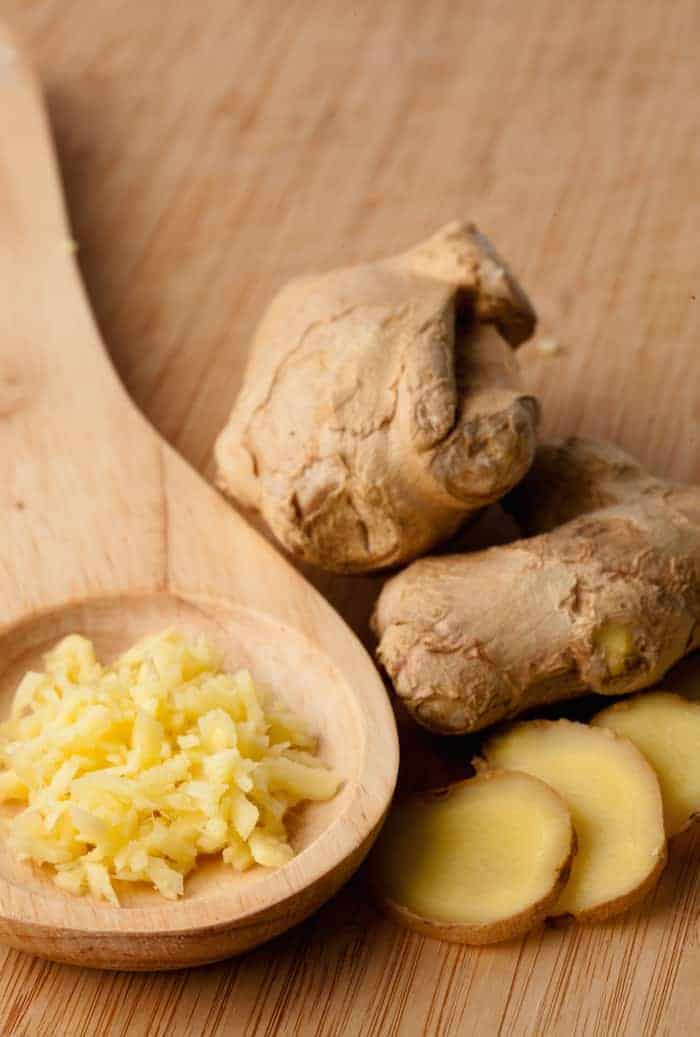 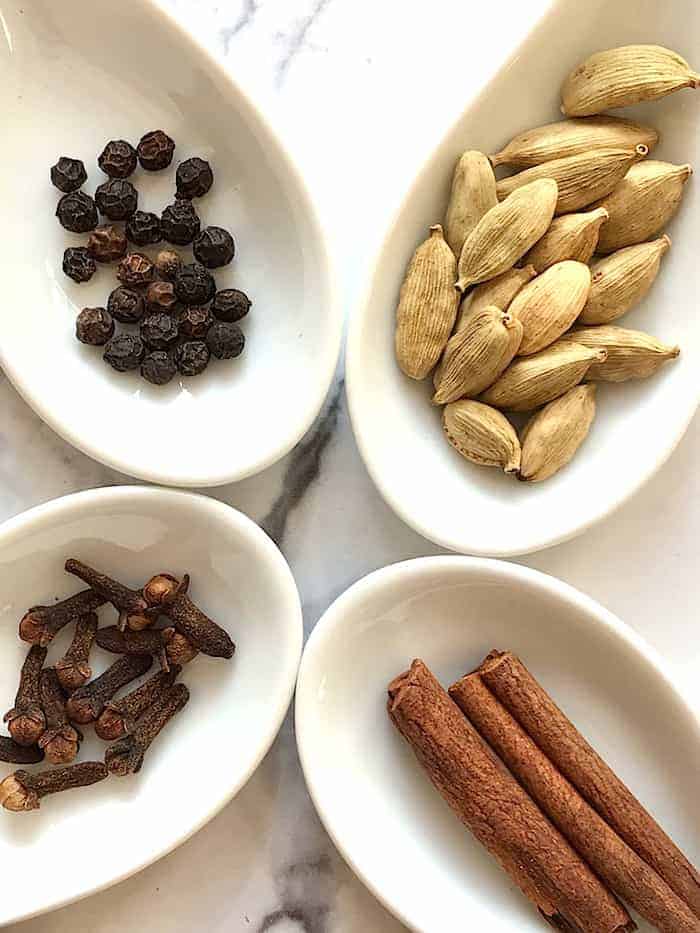 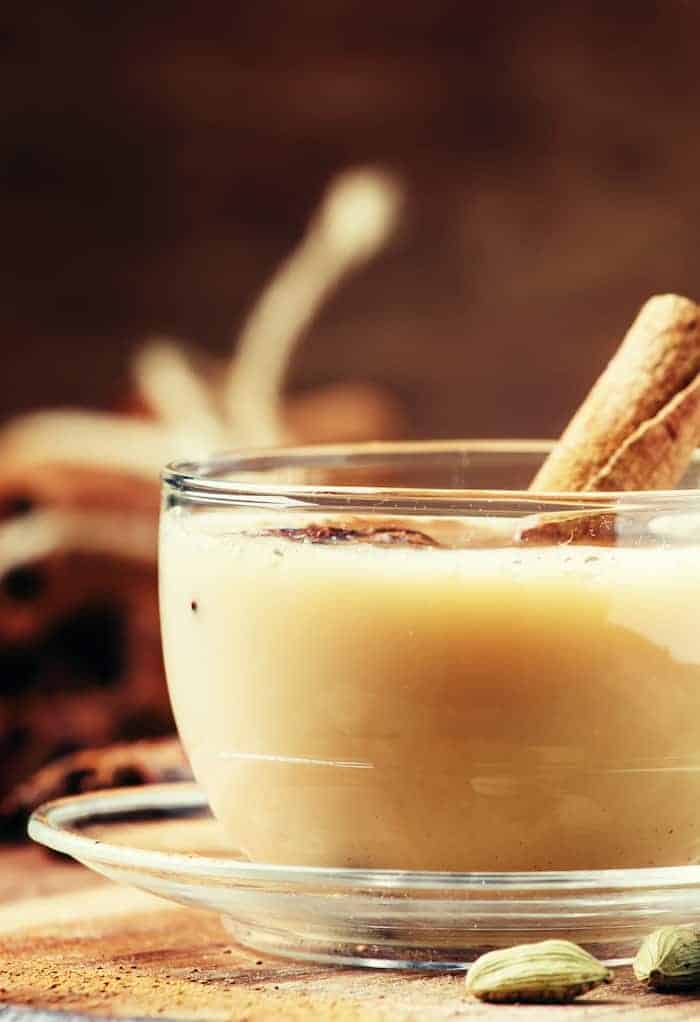 How Do You Make Yogi Tea?

It's similar to an Indian Chai but emphasizes the medicinal aspects of the ingredients and in higher quantities.

This recipe makes 4 cups of yogi tea spiced tea. You can easily create a single serving by quartering the ingredients. 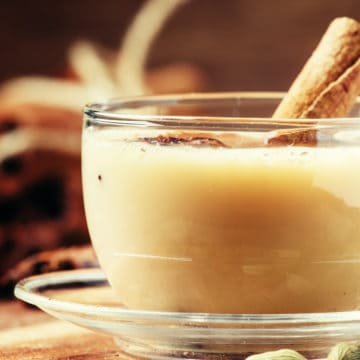 After you add the milk watch it very closely. When the milk just comes to the boiling point be sure to take the pot off the burner just before the milk begins to froth up. Be careful as this will happen very quickly.

This spiced tea recipe is based on the original Yogi tea recipe from the book: The Way of Ayurvedic Herbs.

What Are The Benefits of Yogi Tea?

Cardamom:  One of the world's most expensive spices, right next to vanilla and saffron. It's a seed from India. The seed pod is a member of the ginger family and is useful for enhancing digestion and reducing gas. It increases mental clarity and neutralizes mucous-forming properties when added to milk.

Cloves: A tropical spice and another warming spice good for digestion. It reduces gas and is suitable for stiff joints due to its anti-inflammatory properties.

Cloves are used frequently to relieve gum pain and sore throats and often for an upset stomach. It is also a good source of Vitamin E (Alpha Tocopherol), Calcium, and Iron, and an excellent source of Dietary Fiber, Vitamin C, Vitamin K, Magnesium, and Manganese.

Ginger: Ayurveda calls ginger universal medicine. There's nothing in Ayurveda that doesn't benefit from ginger. Ginger is a mild digestion enhancer. Ginger enhances all the systems in your body, including immune function. Ginger is used for menstrual cramps and joint pain. It's very well known as an arthritis remedy for osteoarthritis.

Black tea: In this recipe, tea synergizes the other ingredients and tastes. The tea used in this recipe is minimal, but you can add more to your liking. Tea is a good source of antioxidants that may boost your immune system.

Which Spiced Tea is The Best?

I've written about several different spiced tea recipes on this blog in the past. I love them all. But the best-spiced tea is the one you make at home. Making spiced tea at home offers the benefits of great tea with fresh herbs and spices.

Each recipe has its variation of spices blended with tea. Sometimes fruits are added. Traditional ayurvedic spiced teas are mixed with spices specifically designed to promote health and enhance a sense of calm.

It's a much healthier digestive tea than all those crazy detox teas. I could drink this tea every single day!