Bundt cake recipes are plentiful, but most bundt cakes are very dense and often dry, so I prefer this recipe. I've adapted it from an Italian lemon bundt cake recipe by Mamma Agata, famous for her cooking school in Ravello, Italy.

A cinnamon swirl cake is delightful enough, but adding a few chai spices to the swirl takes it to another level. Masala chai cake, anyone?

Chai spices are in masala chai, the famous Indian spiced tea drink. Masala chai is a powerful blend of tea, herbs, and spices cherished for centuries in India.

Masala means 'mixture of spice' in Hindi. Chai rhymes with 'pie.' Chai is the word for tea in many parts of the world. So when we commonly say 'chai tea' in America, we are saying 'tea tea.' Masala chai is the spice mix (masala), tea (chai), or spiced tea.

Even though I'm calling this cake chai, I'm referring to the spices in a masala chai, not the tea itself. Most Americans are more familiar with the term chai than masala.

In addition to the brown sugar and cinnamon, I've added ground ginger, cardamom, nutmeg, and cloves. These are the traditional spices of masala chai. The cardamom flavor makes it!

Bundt cakes are the easiest cake you can make. Layering in the chai-spiced cinnamon swirl is super simple. The secret to this cinnamon swirl bundt cake is the creamed butter and sugar.

I like to use an Italian very fine flour for the flour (type "00"). I use it in all my recipes. Italian "00" flour has a smoother, silkier texture to it. My family also seems less sensitive to it compared to American flour. 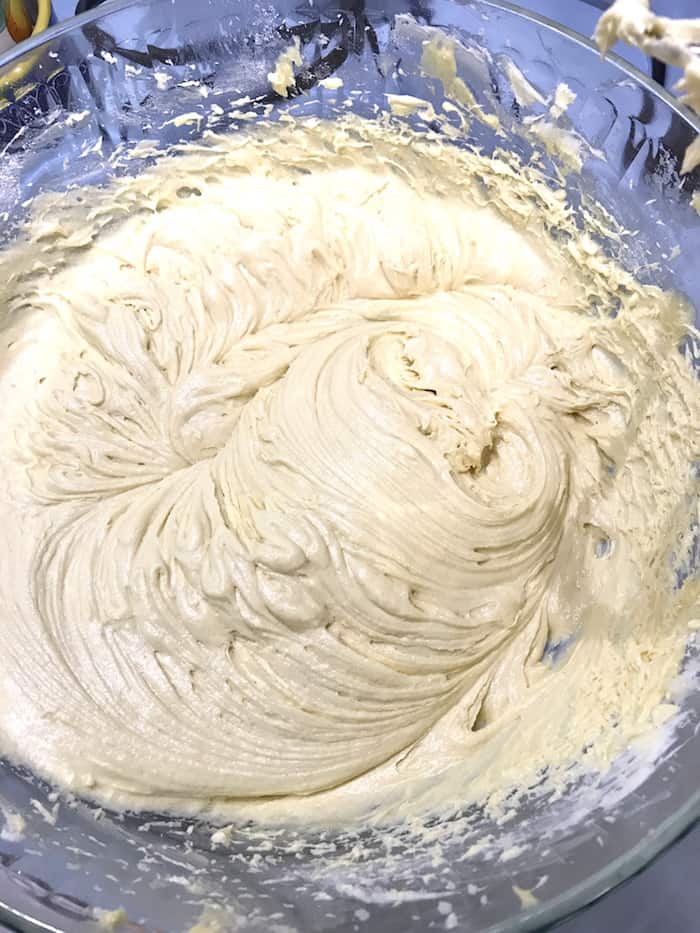 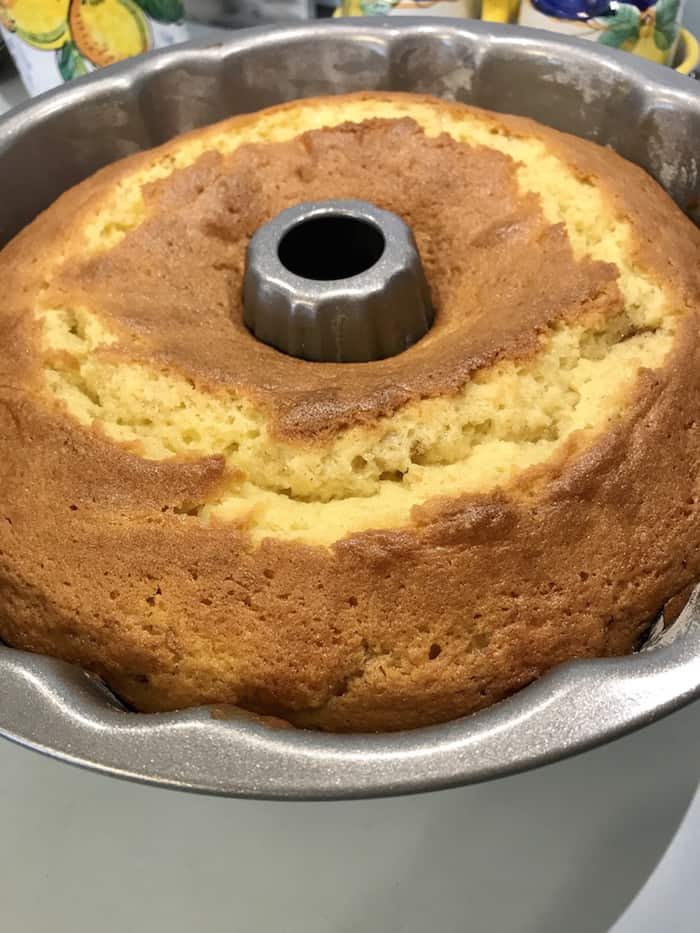 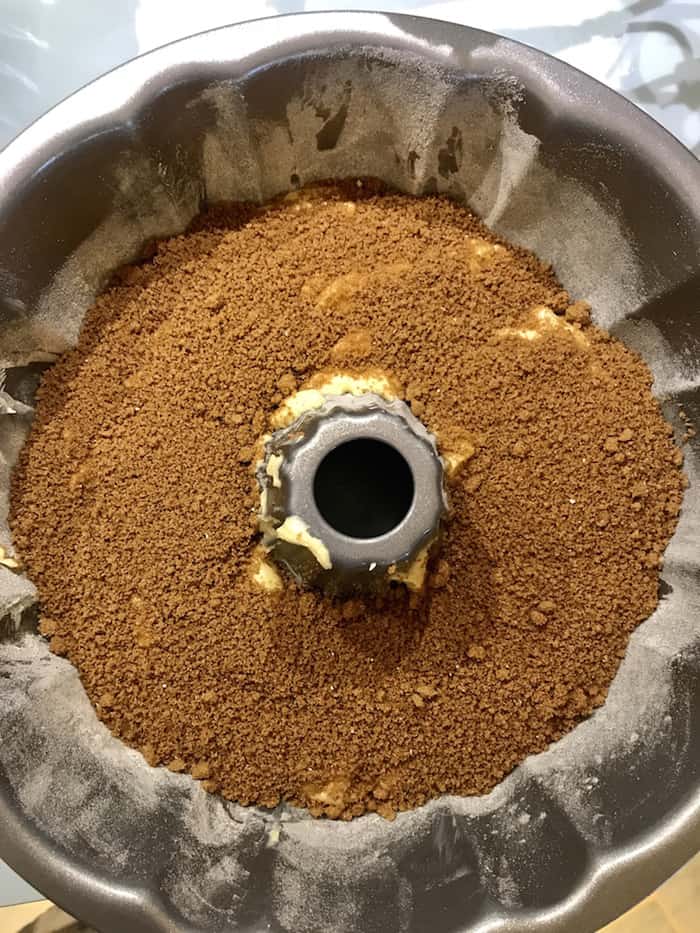 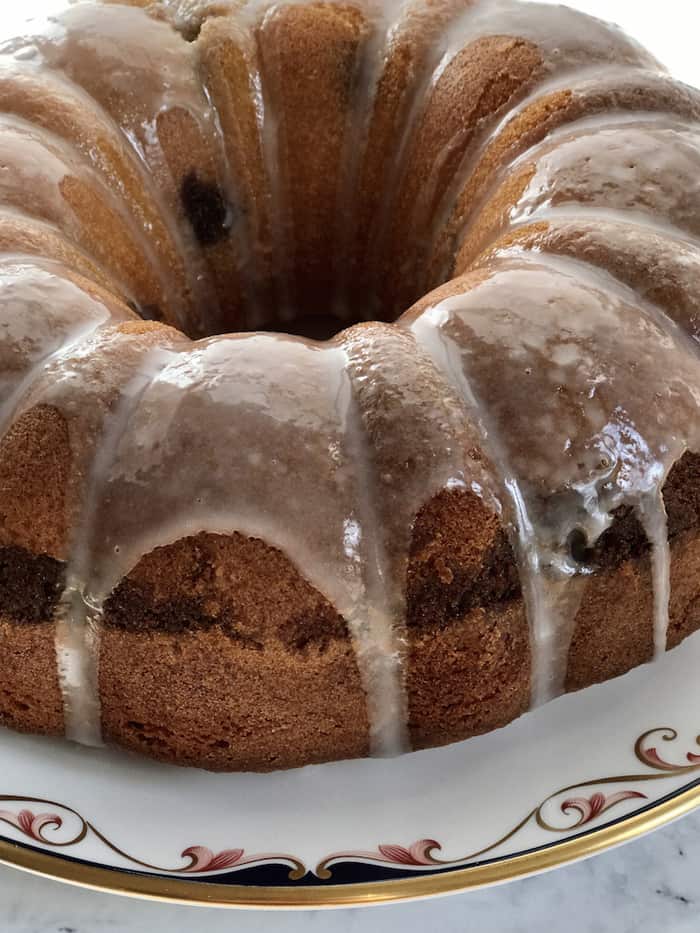 I've used a basic vanilla drizzle glaze made from confectioners' sugar and added a strong brewed black Assam tea for the icing. You can find Assam black tea at any specialty tea shop or use a good English Breakfast tea traditionally made from a blend that includes Assam black tea.

The cinnamon swirl cake has all the flavors and ingredients of a traditional Indian masala chai.

I used a thin vanilla tea glaze for this recipe and drizzled the glaze while the cake was still slightly warm. I wanted the cake to absorb some tea glaze, so I drizzled a little bit at a time and let the drizzle seep into the cake. I repeated this three times.

For the bundt pan, I used a 10" non-stick pan from Calphalon. I love the size and the fluting design. It's the only bundt cake pan I'll use. You can buy them almost anywhere that sells Calphalon or on Amazon. Plus, the non-stick feature makes it amazingly easy to remove the cake. 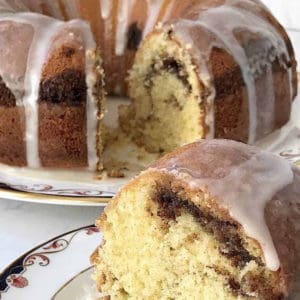 DID YOU MAKE THIS RECIPE?