Home » Learning About Tea » What is Matcha Green Tea?

Welcome to the world of Matcha, one of the trendiest teas. Matcha only recently started to gain international recognition, all thanks to its many health benefits, visual appeal, flavor, and beauty. Many people don't realize Matcha tea has a deep history and cultural ties.

What is Matcha Green Tea?

Matcha is a type of Japanese green tea that has been stone-ground into a fine powder. The powder is then sifted and whisked using hot water in the traditional Japanese way. The process of making Matcha is long and complicated. That is why Matcha costs more than other tea in the market.

Unlike other types of tea steeped to form frothy solutions, this one is sifted and whisked in hot water. The traditional Japanese method of preparing this type of tea is unique and used in tea ceremonies for centuries.

Since Matcha is in powdered form, today, it's fashionable to use in beverages such as boba tea or bubble tea, and tea lattes. Matcha powder is added as a special ingredient in salad dressing, baking, and even ice cream.

What is So Unique about Matcha?

What makes matcha tea most unique is how the tea plant is grown. Matcha is extracted from tea leaves that grow away from light and sun. Shading stimulates more photosynthesis to take place, allowing more chlorophyll to form, thus giving the plant a rich green color.

Less exposure to the sun curbs photosynthesis from taking place in the leaves, which consequently affects the composition of sugars, flavanols, caffeine, theanine, and antioxidants. Shading lets the tea makers control the flavor and chemical composition of the fully-grown tea leaves.

This type of shading is also applied for Gyokuro green tea. Matcha is processed and stone-ground, whereas Gyokuro is steamed after harvesting.

Why Is Matcha So Expensive?

Covering and processing are very labor-intensive. When it comes to authentic Japanese Matcha harvested in Japan, the labor cost also contributes to the cost of Matcha.

Matcha is also harvested outside Japan. Most of the Matcha used in cooking and applied to famous matcha drinks you may know from mega-brands, are all mostly from China. Japan only exports 7% of the tea it produces (statistic as of 2017).

Where is Matcha Grown?

There is a lot to talk about the origins of Matcha, but here is the short version. Matcha was first discovered in China. Another theory is that the tea was discovered in India first, which can be a topic by itself, which I will omit here. However, the Matcha that many people use today hails from Japan.

China introduced tea to Japan, but the covering process described above is believed to be discovered in Japan while farmers tried to protect the tea leaves from freezing during the winter months. Here is my popular article explaining about this more – Is Matcha Originally invented in Japan or China?

I will tell you something no other tea company tells you about "Ceremonial Grade" Matcha.

There is no such tea called "Ceremonial Matcha." In the US it is all a marketing tactic tea companies tell us to try and sell higher grade tea.

The definition of "Ceremonial" is that it is a type of tea used for the Tea Ceremony. The Tea Ceremony has a deep, historical background that has been honored for centuries in Japan, and it was once only practiced by high-class citizens who included the Emperors. Such tea used for ceremony used to be hand-picked by tea masters, and only "first crops" were used.

Turn the clock to the current day, and the word "ceremonial" is now used to explain the type of high-grade Matcha by all the tea companies.

Unlike the USDA certifying process for organic produce, there is no organization categorizing the grade of Matcha. All the tea companies are trying to use the word to sell higher-grade Matcha now, which I think is quite sad.

How Do I Choose Good Quality Matcha?

As explained above, if Matcha cannot be selected by the name, how would you choose a good Matcha, and how do you know which is the best Matcha? Here are some guidelines to follow for selecting the best Matcha:

When it comes to Matcha, the shading process mentioned above makes the tea a much greener and brighter color. Matcha with a pale yellowish color is an indication that the tea may not have been shaded for long, or it is old and losing color. Tea also changes color after exposure to light; therefore, Matcha without the bright green color may be an indication of exposure to light when storing the tea. 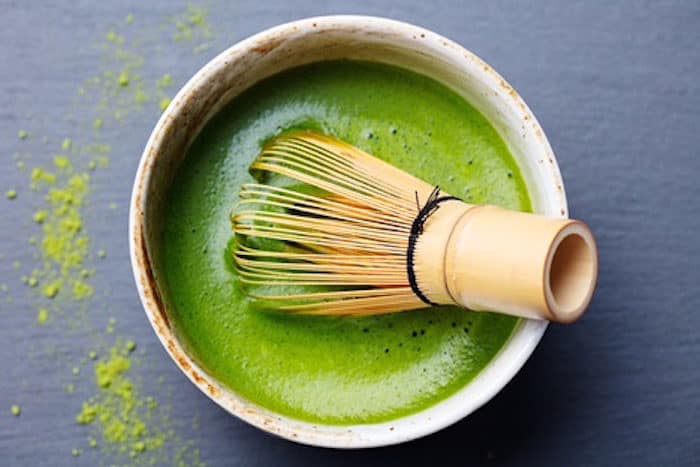 I am not against Chinese Matcha, but from experience, I do not generally encounter poor quality matcha from Japan. Different regions within Japan can also display variables in the taste of the tea. Some people claim that the famous Uji matcha is the best.

However, Shizuoka tea is geographically exposed to more sun before the covering process starts and has a sweeter taste, which may be preferred by many western tea drinkers. Different regions produce different aroma and tastes, so enjoy trying out tea from various regions and see what you like the best.

Some tea farmers are very particular about what kind of soil they use for their tea. If the tea company offers some information about the soil they use, it may be an indication that they care about the production quality of the tea.

The best tea is the first pick of the season, which is at the beginning of summer, about May or June. The exact date depends on the climate of the year. All the nutrition stored during the winter comes out in the tea leaf when it is cropped for the first time each year. The "first crop" or first harvest of the season is considered the best tea. Some tea may indicate that it is the "first crop," which would be one of the best indications that it is the best tea crop of the year.

As you know, the biggest enemies of all food are air and light. When the tea is exposed to air and heat for a long time, it loses quality. There is aged Matcha available in the market, but such tea is stored under very tight temperature and air controls. Please don't do this in your kitchen. You get sick drinking 5-year-old matcha!

Enjoy trying out different Matcha, and I hope you enjoy the journey of hunting for the best Matcha for you.

Kei Nishida is a Japanese green tea enthusiast, a writer, and the founder and CEO of Japanese Green Tea Company. His passion for introducing America to the tea of his homeland was the catalyst for creating the only company that brings high-quality tea from Arahataen Green Tea Farms to the rest of the world. 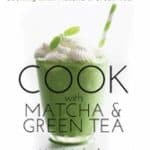 Kei Nishida is also the author of Cook with Matcha & Green Tea available on Amazon.

Japanese Green Tea Company is the only North American-based company to source tea directly from Arahataen Green Tea Farm in the Shizuoka prefecture in Japan. The farm uses sugarcane in its soil to make the tea taste sweeter while reducing its astringency.

If you would like to buy Award-Winning Japanese Green Tea or Matcha Green Tea:

Use Coupon Code: BETTER to get 10% off of your first order at Japanese Green Tea Company.